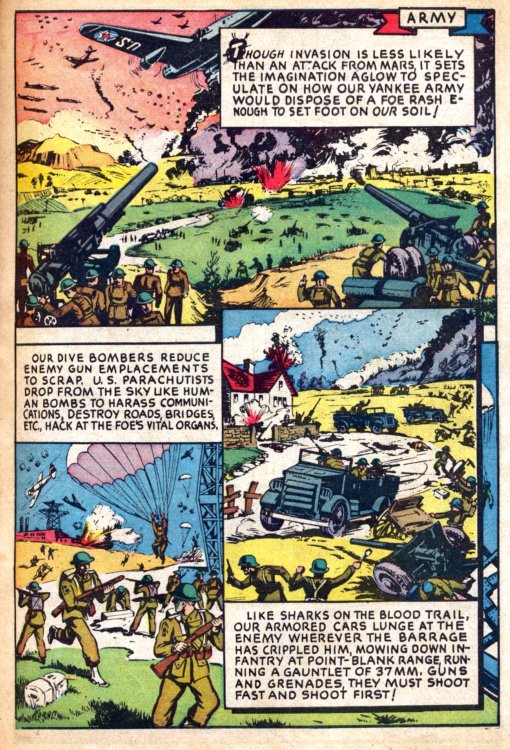 ...that they describe as "less likely than an invasion from Mars".
(The War of the Worlds radio panic was two years earlier, and still fresh in peoples' minds.)
Art by JP Ronan. 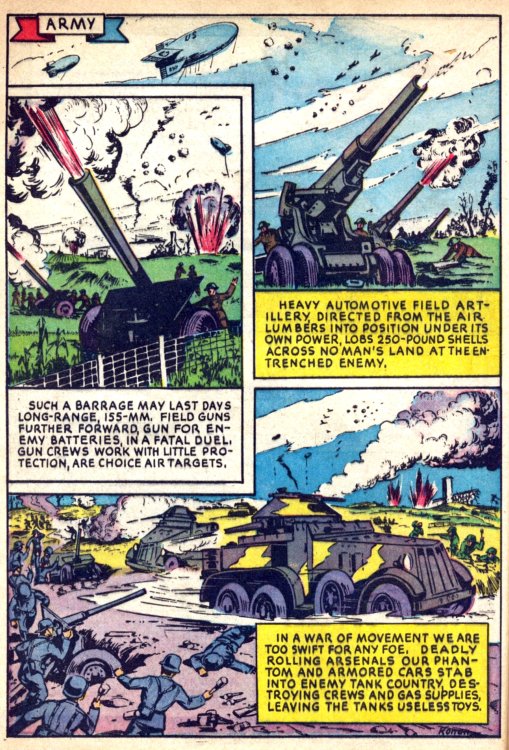 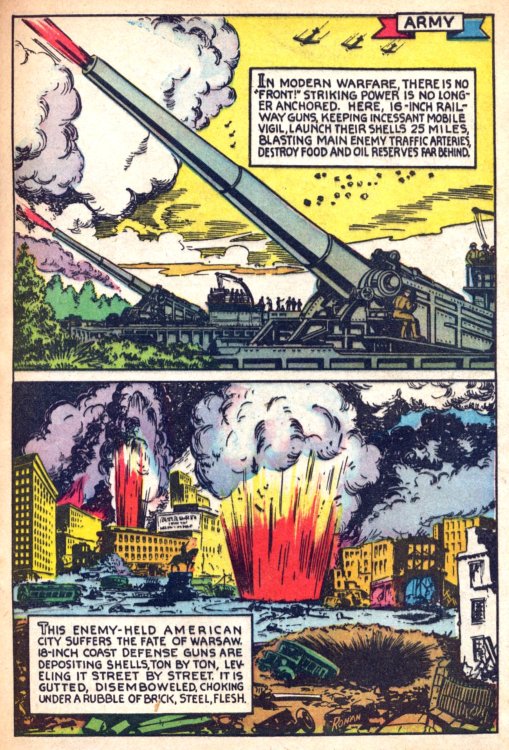 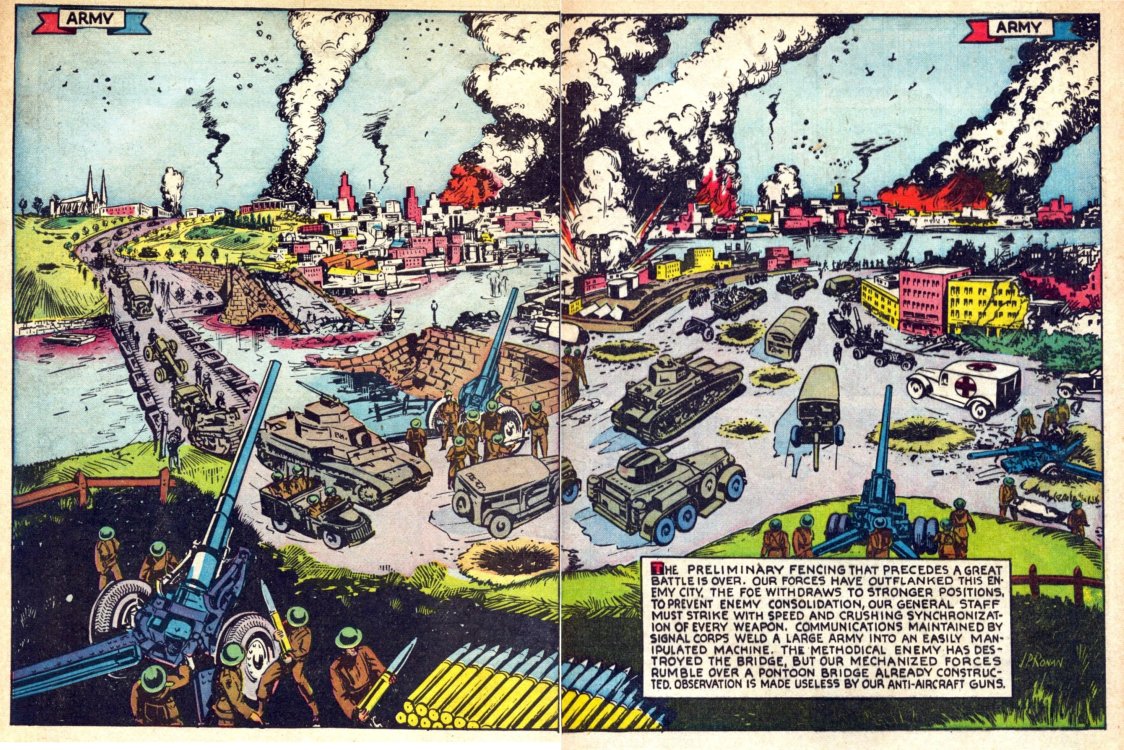 Well, I'd be relieved if I were a kid reading this in 1941!
Be back on Flag Day, June 14th, for another chapter from USA is READY featuring a different branch of the US military!
Next week, back to our usual classic war comics, this time with a tale set in Viet Nam!

Celebrate Memorial Day!
Show a veteran the respect he/she is due!


Visit the
USA is READY PX!

Click HERE to shop!
Posted by Atomic Kommie Comics at 1:01 AM No comments: 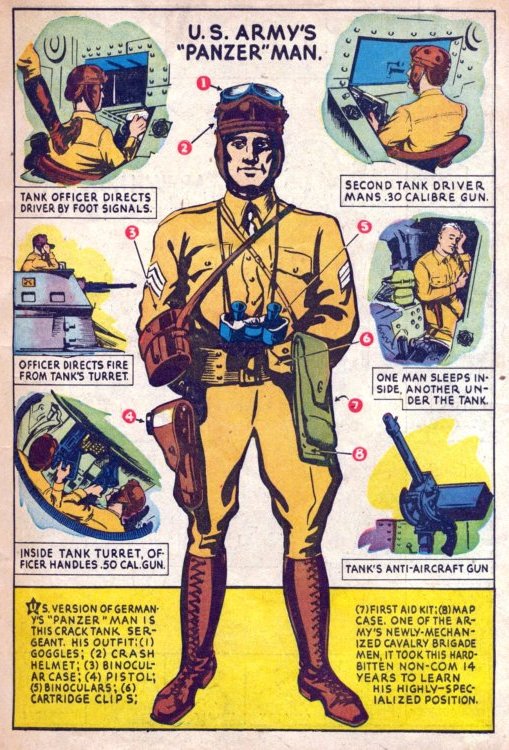 It was given that America would be entering the war, the only question was "when".
It turned out to be only a few short months later... 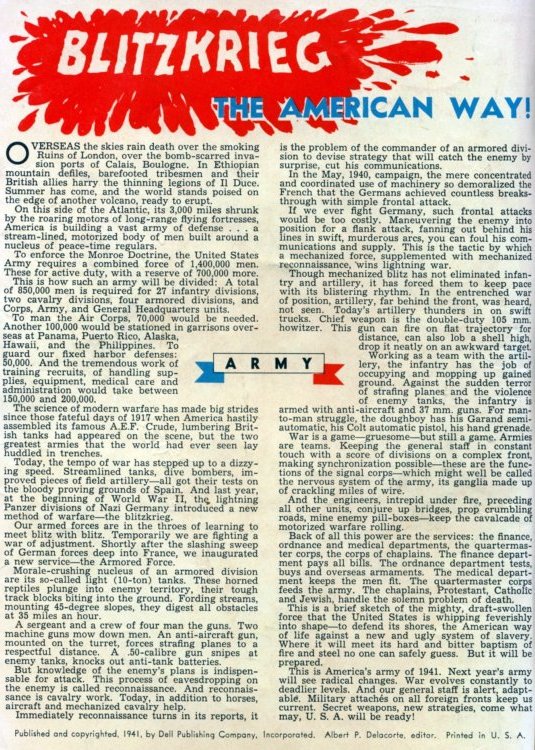 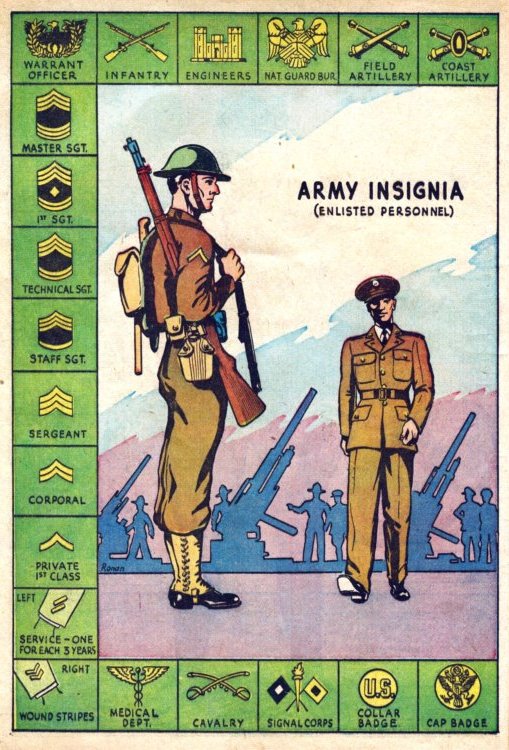 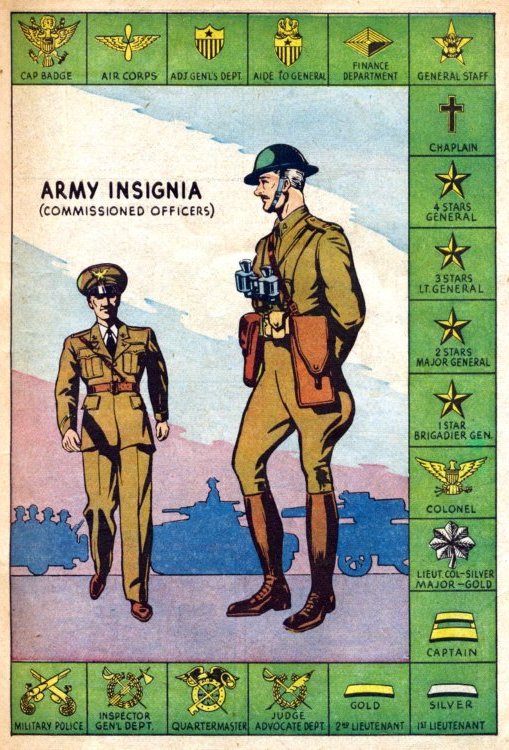 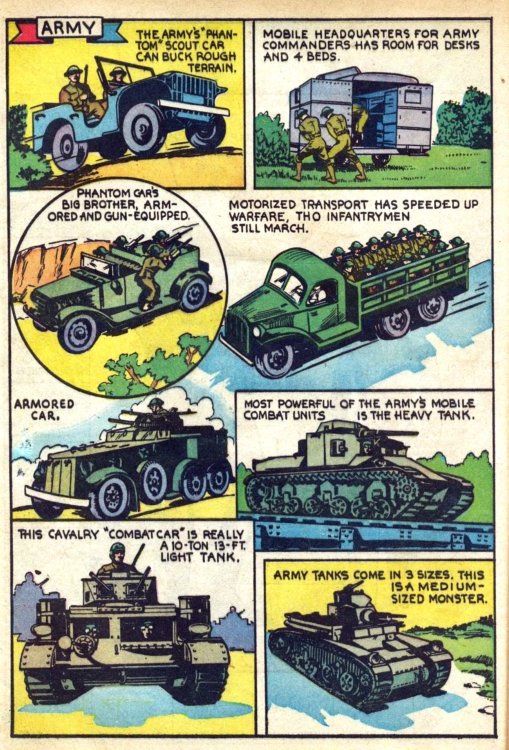 Note that what we call a "jeep" is referred to as a "phantom" scout car. 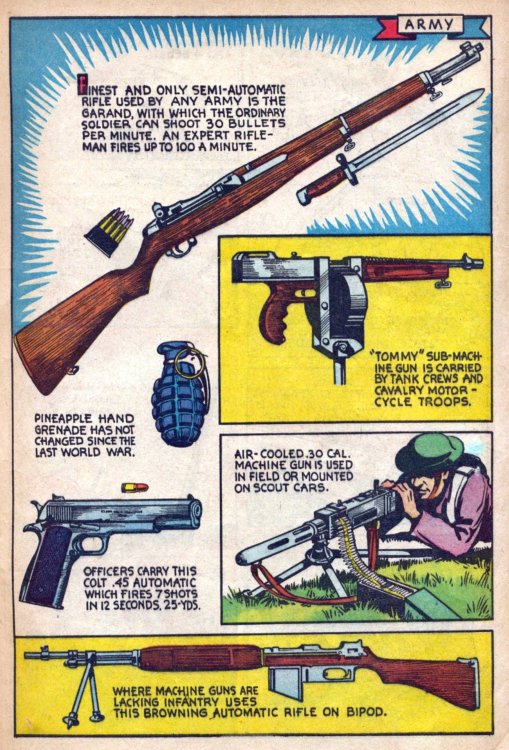 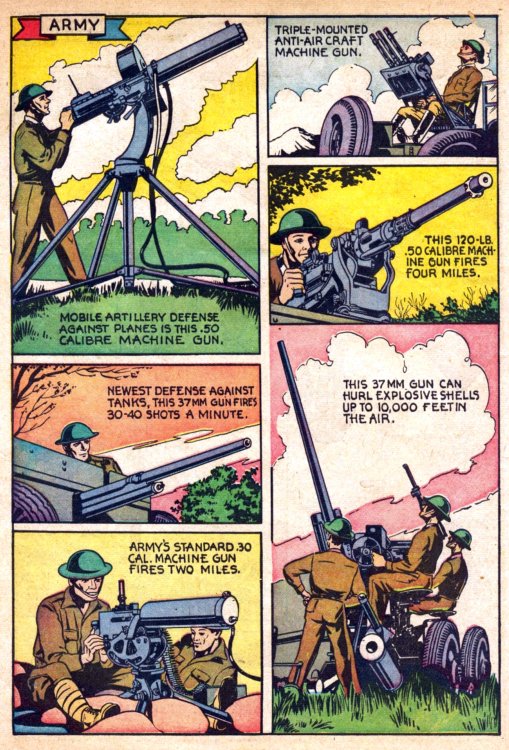 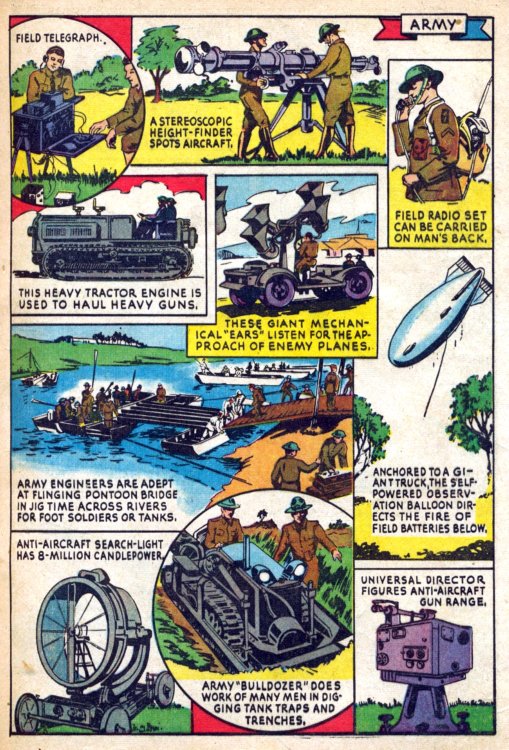 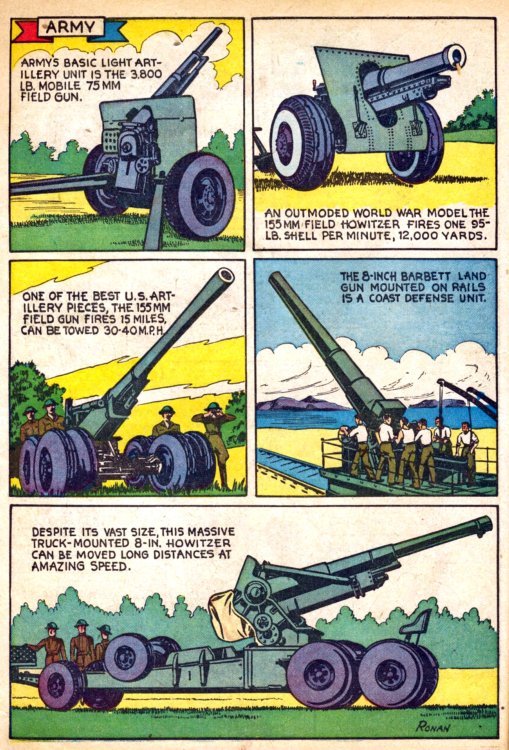 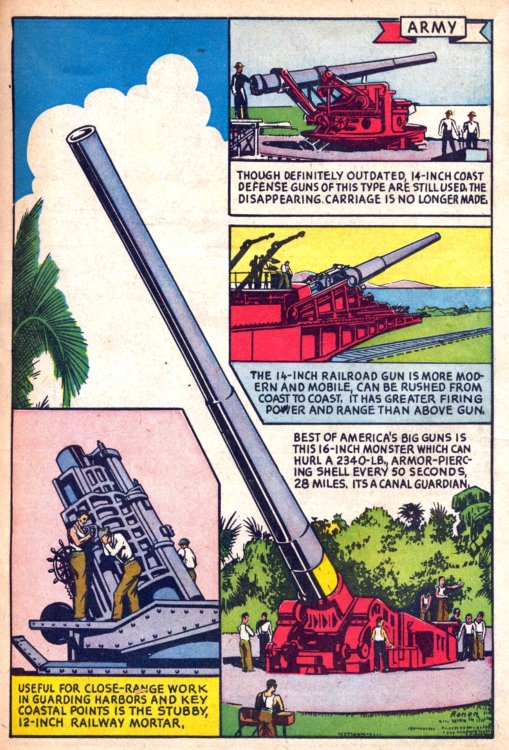 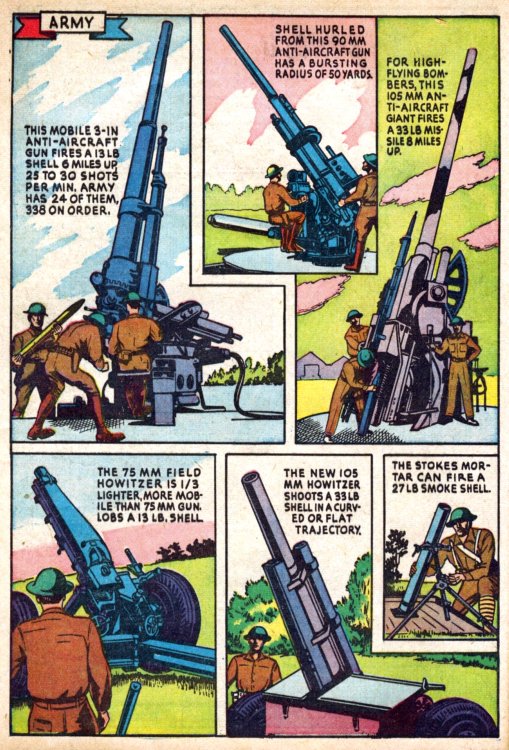 Tomorrow: How Our Boys would handle an invasion of the USA!
Art by JP Ronan.
Visit the
USA is READY PX!

Click HERE to shop!
Posted by Atomic Kommie Comics at 1:01 AM No comments:

Ten-Hut!
Time to give the Navy their due... 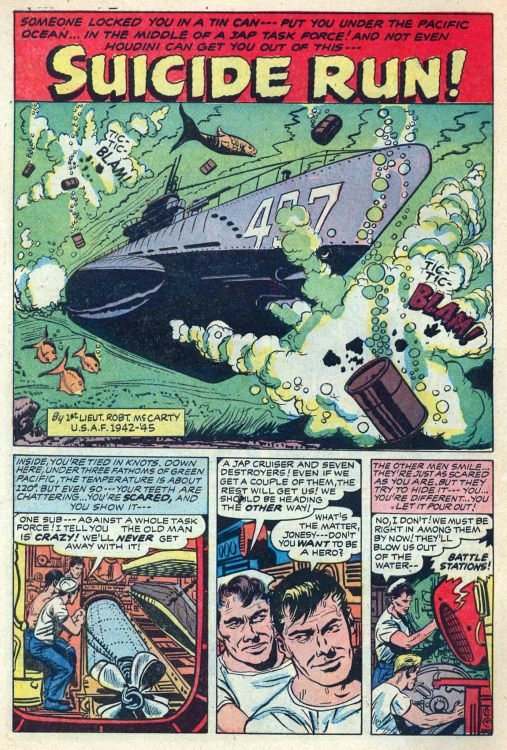 ...in this short but well-told tale from FoxHole #4 (1955).
Penciled by Bob McCarty. Other credits not available. 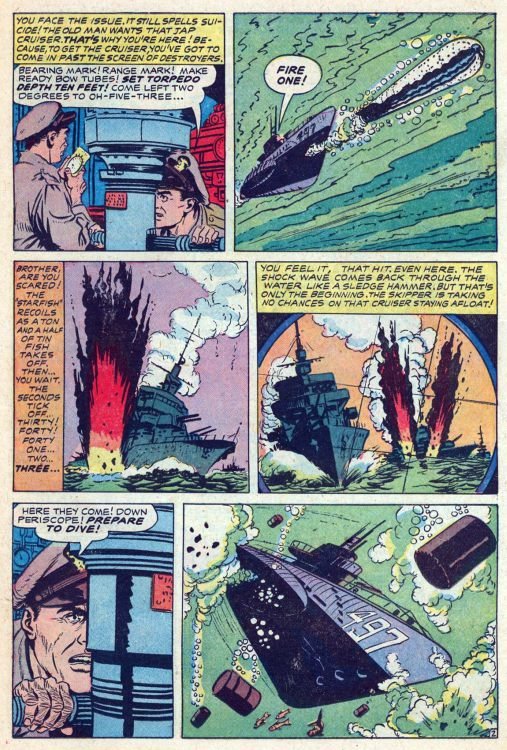 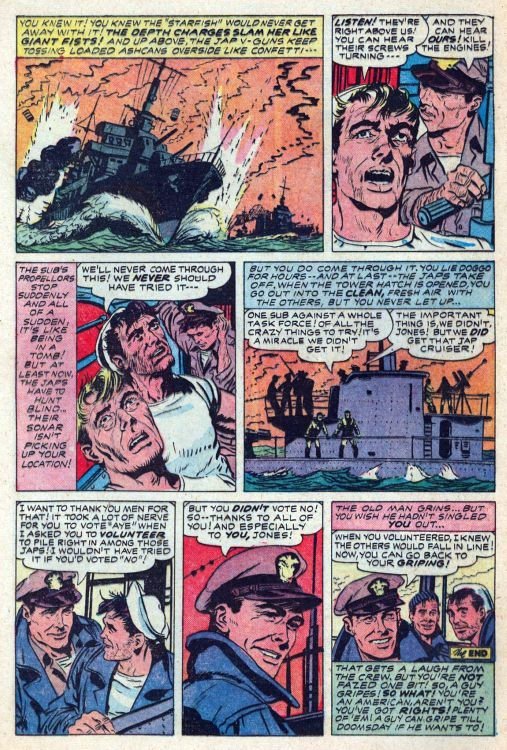 As we mentioned previously, FoxHole featured work by returning veterans.
In this case, the penciler was a lieutenant in the Air Force, which was, during WWII, the Army Air Force before being made a separate branch of the Armed Forces in 1947.
Until next time...
Dis-missed!
Visit the PX.. 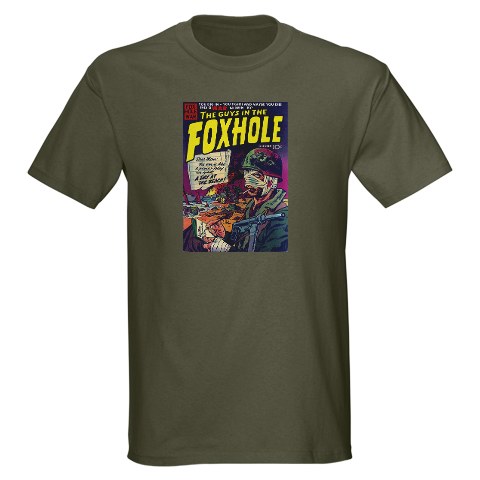 ...for all your uniform and equipment needs!
Posted by Atomic Kommie Comics at 11:12 AM 1 comment: 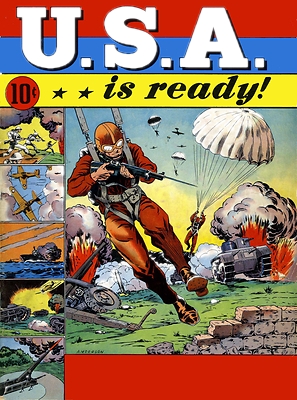 Beginning with Memorial Day, for the next four military or patriotic holidays (Flag Day, 4th of July, etc.), we'll be doing a 2-3 day post each of sections from this fascinating comic produced shortly before the United States entered World War II.
The book shows America's entry into the war as inevitable, and offers examples of how our men and weapons would perform against both German and Japanese forces, even if there was an invasion of North America!
Produced with the approval of the War Department, this HTF 68-page comic (most comics ran 52 pages at this point), illustrated the armed forces' state-of-the-art (as of January 1941) weapons and equipment!
It's truly amazing!

This will be in addition to our usual Friday post (unless they overlap), so you won't be left without the usual action-packed we promised to provide!

Be here Saturday, when we present the first section...ARMY!

Ten-Hut!
It's Armed Forces Day in America.
An appropriate time to debut our new blog. 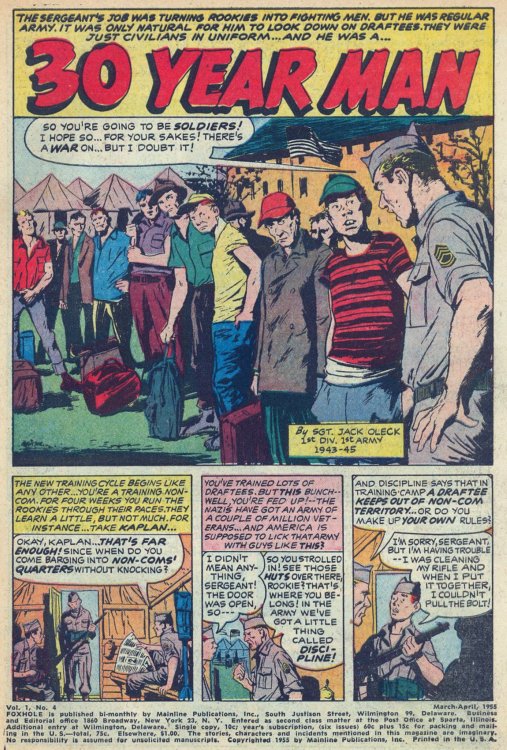 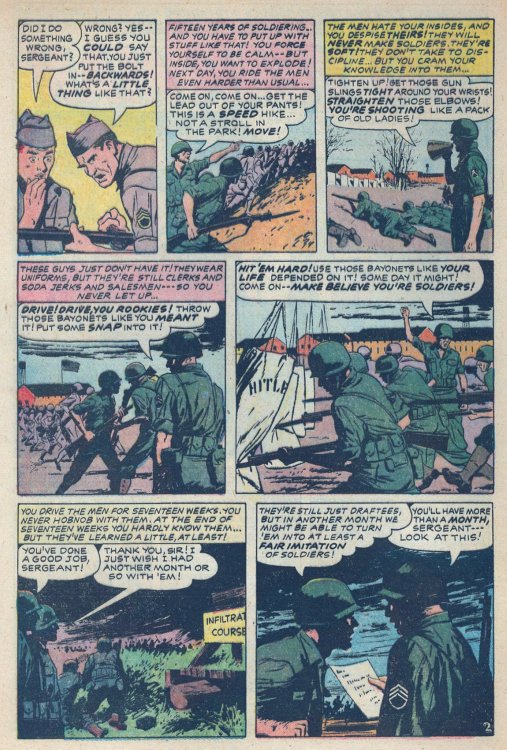 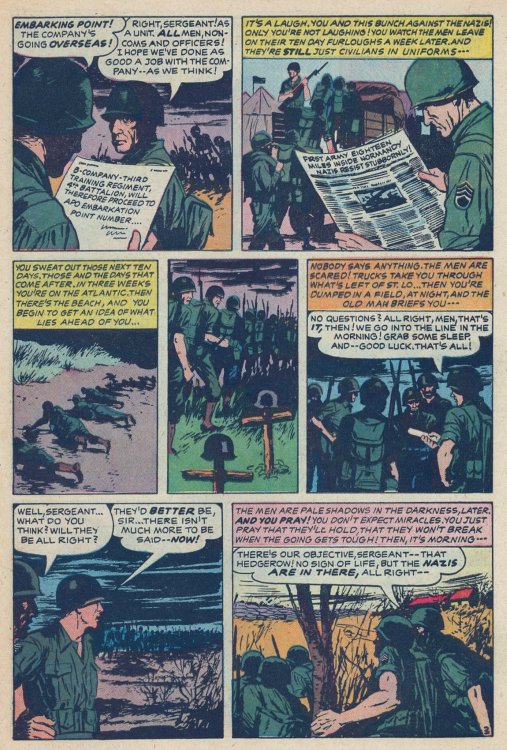 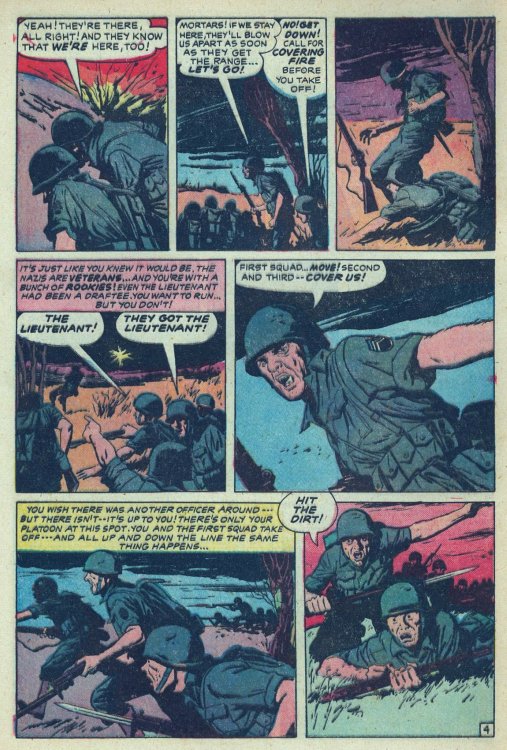 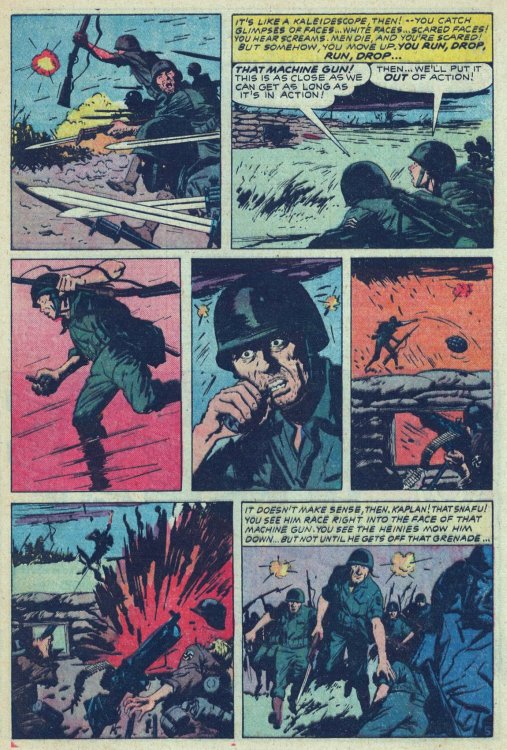 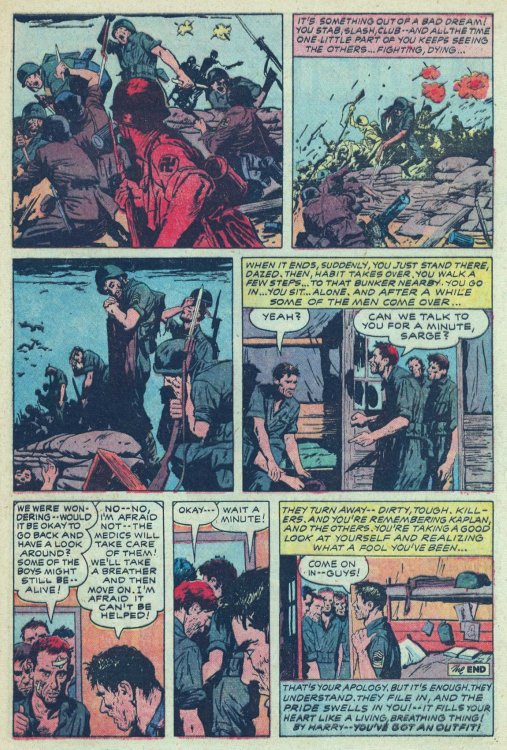 FoxHole (1954) was a unique comic book title in that almost every tale was written and / or drawn by returning veterans from World War II or Korea.
The vet(s) received a credit listing their rank and unit in the splash panel.
The stories never portrayed war as glamorous, but as a necessary evil.

...for all your uniform and equipment needs!
Posted by Atomic Kommie Comics at 1:01 AM No comments: